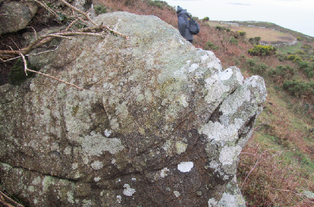 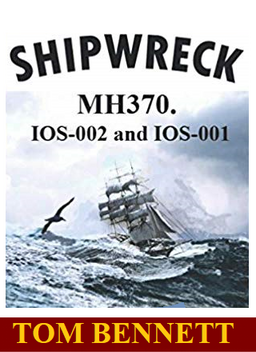 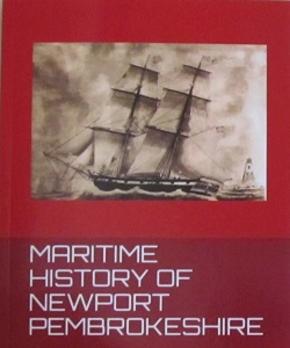 This book sorts out a number of Gower's  mysteries.

List of early shipwrecks never published before and the name of the wreck that produced Peices of Eight on Rhossili beach.  Silver Dollars were found on Rhossili beach in 2016, exactly where the author predicted.

Two shipwrecks were found at depth in the Sothern Indian Ocean when the search for the missing Malaysian Airline was being conducted.

​This book examines the wreckage to determine the identity of the two missing ships and comes to certain conclusions about what ships they were.  .

No less than 80 ships were built at Newport in the 100 years prior to 1856.    All the details of each ship are specified in this book.   Due to lack of suitable timber the Havard builders sent their ships to the Baltic to get wood to build their brigs and schooners.   Two Cardigan registered ships were lost on the Shetlands whilst returning from the Baltic with timber for boat building.

Dolphin face on the north side of Carn Lliddi.

Many of the Preseli Hills have a carved dolphin head pointing out over the sea towards Ireland.

There is one at Carningli and another at Carn Alw.

​​Tom considers his most important archaeological discovery is of  a Neolithic quarry site one kilometer away from Pentre Ifan cromlech.   It shows sound and undisputable evidence that c. 3000 BC,  stone was quarried from a tor in the Preseli Hills.

You may think I took this picture because of an adult Razorbill, but you would be wrong.

It was taken because 5000 years ago someone climbed Needle Rock on Dinas Head and carved the face of a person pointing into the heart of the Preselis.  The line points through Carreg y gof and through Pentre Ifan. This sculpture was done a thousand years before iron chisels were used in Pembrokeshire.

Photograph left is the earliest figurative head carving made in Wales.  It was discovered by Francis Johns in 2018, and has gone unnoticed by archaeologists.  To know where to find it buy my 3000 BC book. 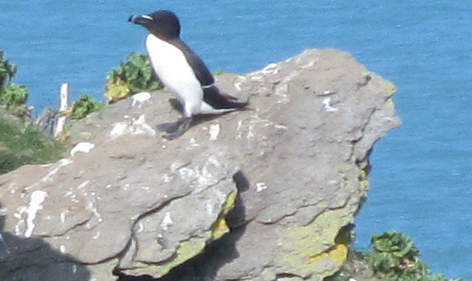 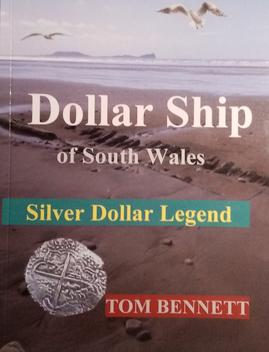 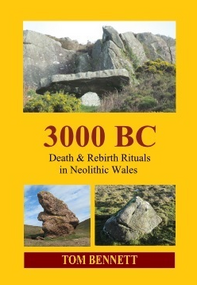 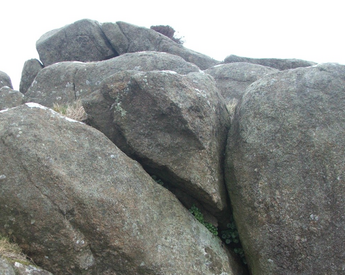 ​During 2019the author was discovering and photographing sculptures carved by Neolithic people in Pembrokeshire.

As yet Anthropologists and Archaeologist have not studied these as this is the first time they have been seen. These unique carvings have been hidden in time for 5000 years.  Buy this book and you too will be able to look for valuable images carved and painted onto stones, no digging involved, just a good camera and a stout pair of legs.   First you have to "read" the stones and know where to find prehistoric tombs. Hundreds are still unrecorded all over Ireland, Scotland and Wales.  The author identifies passive ritual sites and stone circles that are designed to perpetuate the Cycle of Life.

THE BOOK CAN BE POSTED FREE TO ANY  MAINLAND UK ADDRESS.